In recent years (i.e. since the 1970s), astronomers have established observatories (that is, they have installed large telescopes) in regions where atmospheric effects less affect the quality of the images delivered by the instrumentation. In so doing, they've set up the largest telescopes in appealing places such as the Canary Islands, Chile and Hawaii, but also in Antarctica and, as I've experienced in first person, on the Asiago Plateau, in North-Eastern Italy, not too far from Venezia, at least geographically. Still, surprising as it may be :-), the large majority of astronomers spend most of their lives among other people, and sometimes even in big and lively cities. As for me, from the beginning of my Master Thesis work back in October 1998 I have experienced a few very different workplaces. Here's then a selection of (generally a little too amateurish) photos taken where this occasionally adventurous job happened to taken me. 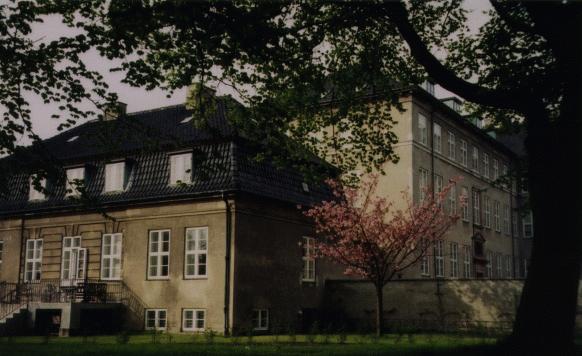 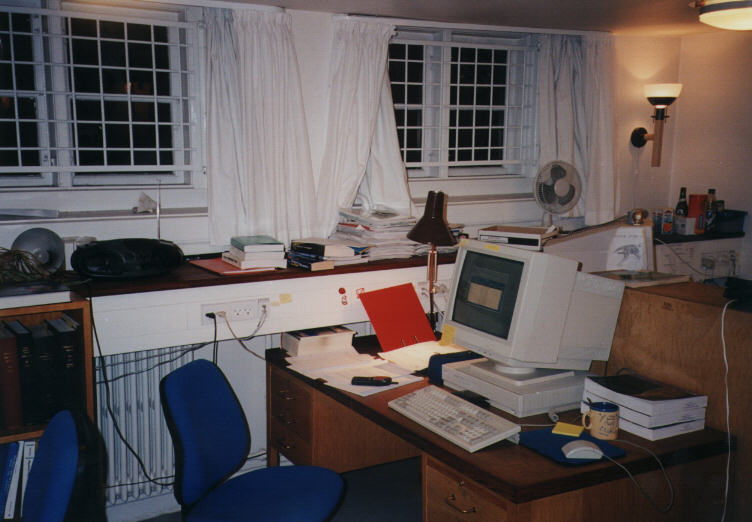 My office desk at Copenhagen Astronomical Observatory sometime in 1999 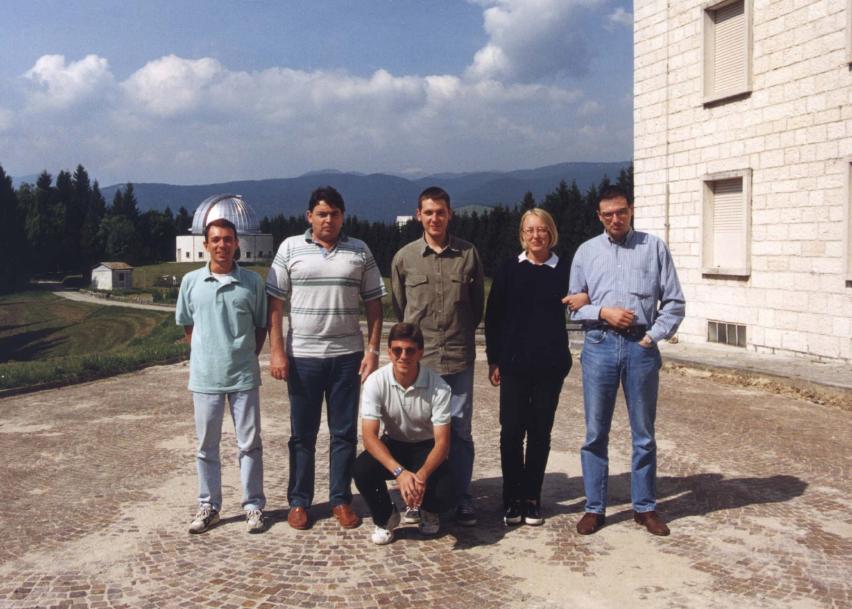 Some nice folks in Asiago (Photo Courtesy of Alessandro Sozzetti)

Some friends at my "alma mater"... 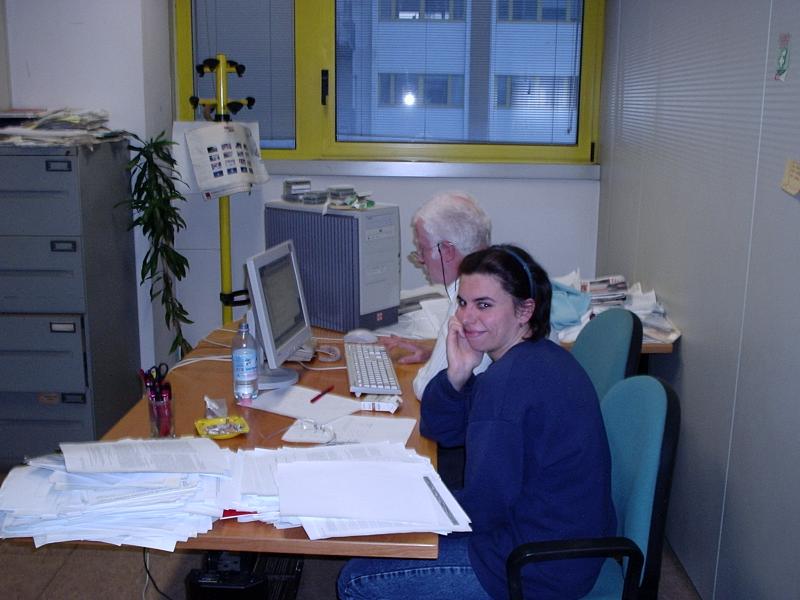 A rare testimony of my frequent day-or-so trips to Bologna:
Carlo and Giulia painstakingly at work on ISO data!

Hardly to be listed under "work", you might think, but...

When moving from Padova to London (3 November 2003) one must adjust to so many differences that sometimes it is difficult to realize how some things are remarkably similar!:-) 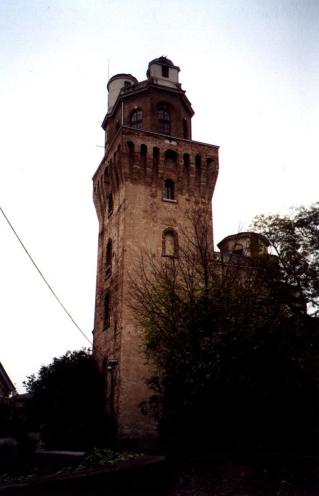 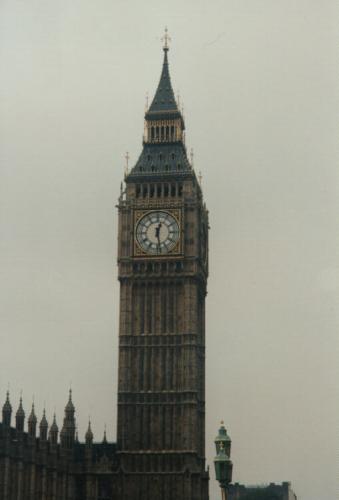 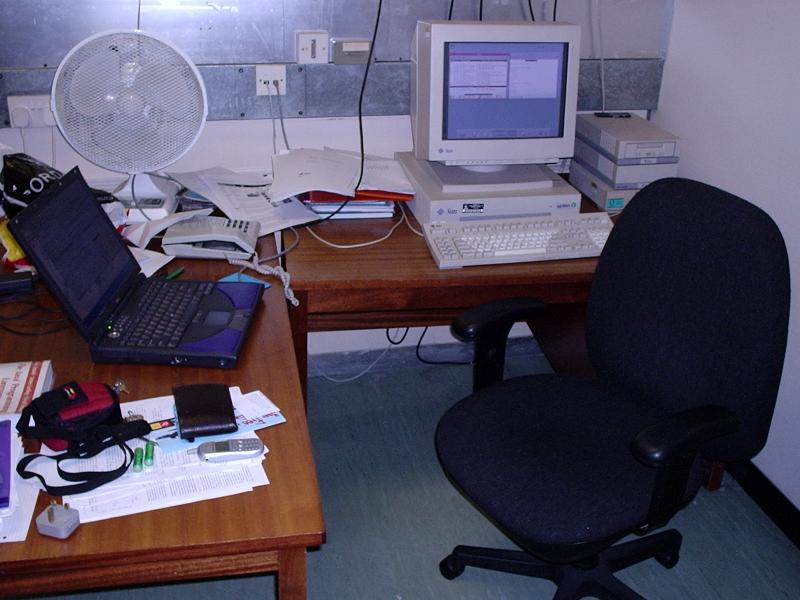 Finally, after years of painstaking studies and research work, in January 2004 it finally came my time to enjoy one of the many pleasures of astronomers' life: observing at a telescope! Specifically, I worked with the JCMT, one of the telescopes at Mauna Kea Observatories. Here are some photos taken at the Hale Pohaku Guest House and at the Mauna Kea Summit during my several observing runs up there in 2004 and 2005. 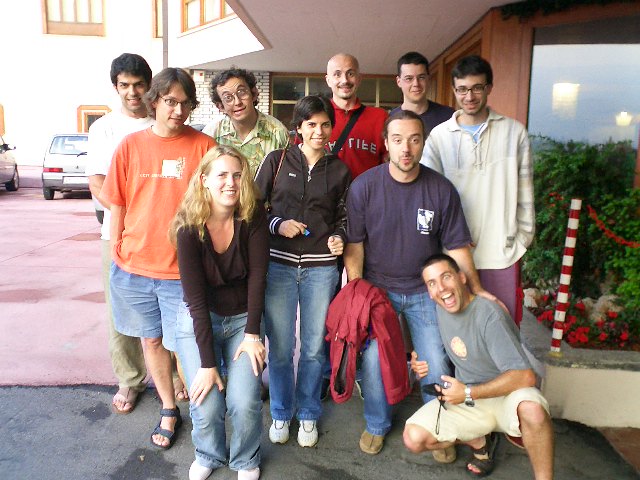 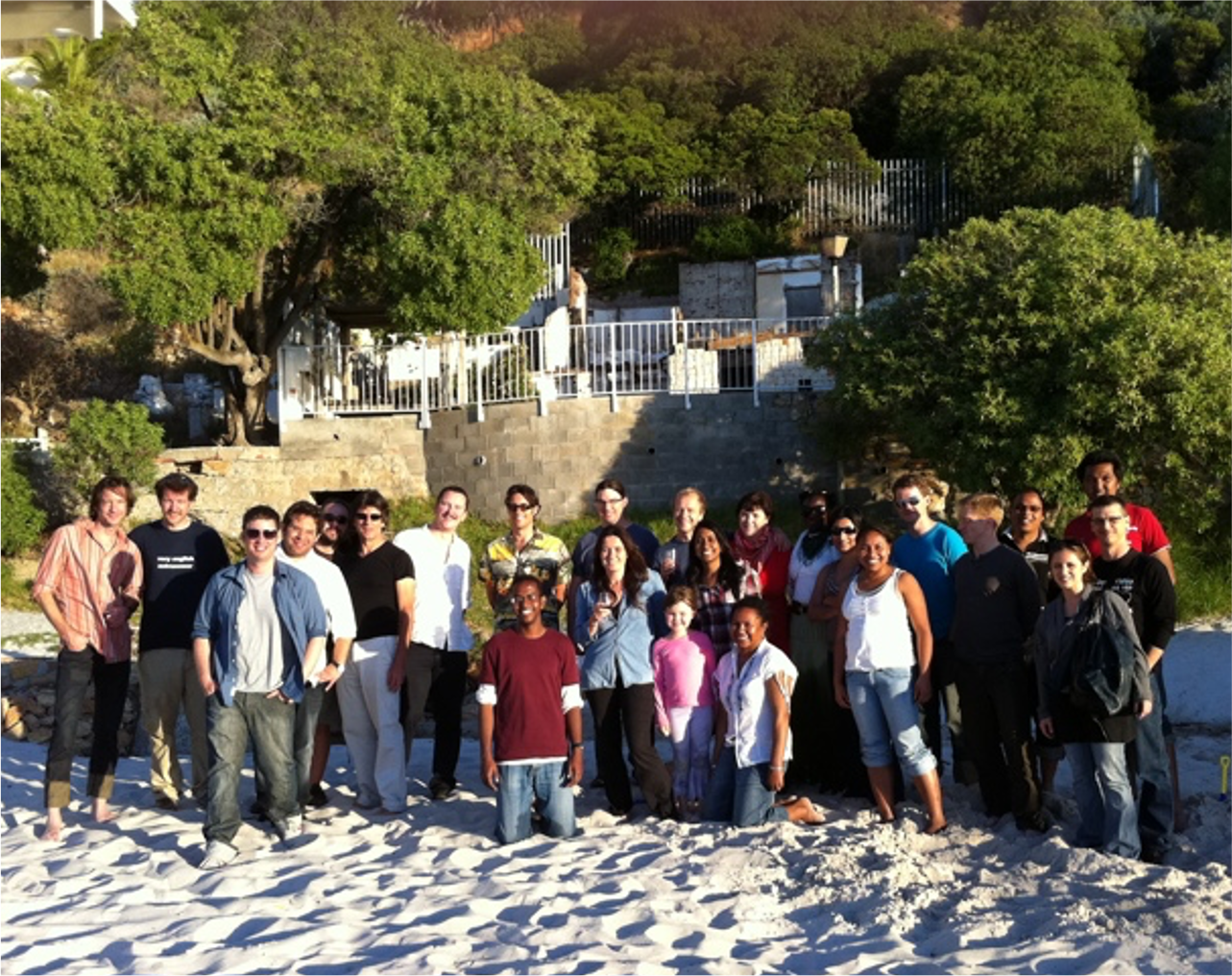